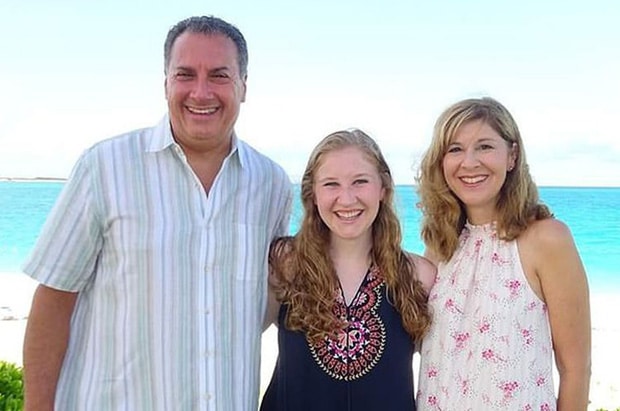 09 Aug 23 and who? Ohio family sues after ancestry kit reveals their daughter isn’t related to her dad

Posted at 17:48h in Uncategorized by philip korosec
0 Likes

An Ohio woman who bought her family home ancestry kits for Christmas got a surprise of her own when the tests revealed the dad who raised her isn’t her biological father.

Now Rebecca Cartellone, 24, and her parents are suing the Cincinnati fertility clinic they blame for planting a stranger’s sperm into Rebecca’s mother Jennifer. According to the Columbus Dispatch, the sperm may have belonged to a Christ Hospital physician rather than Joseph Cartellone.

“It’s hard to explain the shock and agony when you find out that someone you love and care for — your own daughter — is not genetically related to you,” Joseph said at a press conference announcing his family’s lawsuit against Christ Hospital and the Institute for Reproductive Health and Ovation Fertility in Cincinnati.

The lawsuit alleges breach of contract, battery and negligence.

“My daughter Becca’s DNA does not contain any of my Italian family’s genetic history and makeup,” he said. “There’s a mix of anger, pain and confusion that comes along with having to accept this and having to break the news to our family,”

Joseph said he feels “a mix of anger, pain and confusion” over the revelation and wonders if his sperm sample created another child who’s in the world somewhere.

He said Rebecca feels guilt for purchasing the tests as well as now being confused about her medical and genetic makeup.

His wife, Joseph said, faces emotional challenges knowing the clinic “fertilized her eggs with a complete stranger’s sperm and placed them in her body.”

According to the report, the Cartellones have narrowed candidates who could be Rebecca’s dad down to a handful of people, one of whom was a doctor at Christ Hospital.

The hospital told the Columbus Dispatch they were aware of the allegations, but have a policy against commenting on pending litigation. Ovation, founded in 2015, reportedly acknowledged familiarity with the lawsuit, but claimed no knowledge of operations at Christ Hospital’s IVF laboratory in 1994 when the Cartellones’ alleged incident would have occurred.