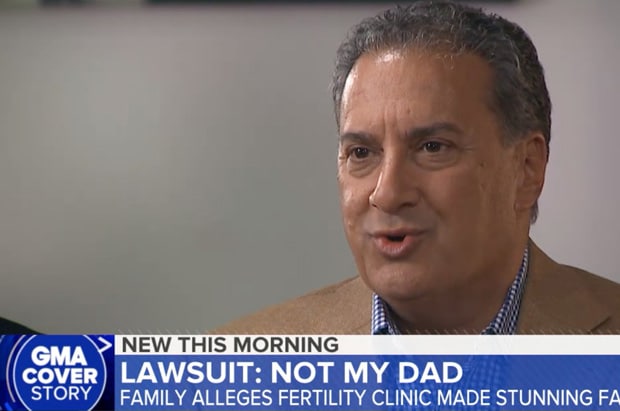 Posted at 21:02h in Uncategorized by philip korosec
0 Likes

—
A DNA kit given as a Christmas gift led to a startling realization for one Ohio family: Joseph Cartellone wasn’t biologically related to his daughter, Rebecca.

Now the family of three are suing the fertility clinic that helped the couple go through IVF 25 years ago.

According to the lawsuit filed Wednesday seen by INSIDER, Jennifer and Joseph Cartellone sought the help of Christ Hospital and the Greater Cincinnati Institute for Reproductive Health when she struggled to get pregnant in October 1993.

The following February, Jennifer had three embryos transferred to her uterus, which she and her husband believed were made from her eggs and his sperm.

That round of IVF resulted in the couple getting pregnant with Rebecca.

It wasn’t until this past Christmas, when Rebecca bought the family Ancestry.com DNA kits to explore their heritage, that they learned “the biological bond that they believed to have existed was a lie,” the lawsuit states.

The family got their results back in February, which showed that Rebecca and her father were not biologically related. They got a paternity test to confirm this fact.

The family still don’t know who Rebecca’s real father is. However, according to the lawsuit, they have conducted their own “independent recent research” and believe that her father is “likely one of a handful of men — one of whom worked at the time as a doctor at Christ Hospital.”

The Cartellones are now suing the hospital for unspecified damages, to be determined at trial. They say learning that Jennifer was impregnated using a stranger’s sperm, and that Rebecca and Joseph aren’t related, has caused them “significant emotional trauma.”

In an interview with “Good Morning America” on Thursday, Joseph Cartellone said he hopes that his family’s lawsuit leads to more oversight in the fertility industry.

“These clinics need to be held accountable and they need to suffer real consequences for their actions,” he said. “We’re willing to do whatever it takes to make sure that this doesn’t happen again to anyone else.”