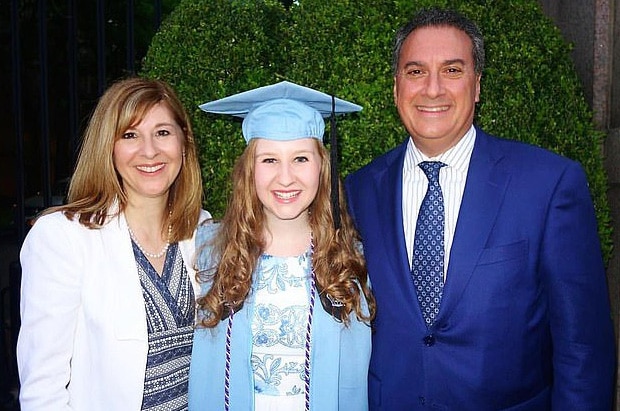 Posted at 18:20h in Uncategorized by philip korosec
0 Likes

Joseph and Jennifer Cartellone say another man’s sperm was used to conceive their daughter Rebecca, now 24

A dad discovered his daughter isn’t biologically his after she gave him an at-home DNA test kit from Ancestry.com for Christmas.

Joseph and Jennifer Cartellone conceived their daughter Rebecca, 24, through in-vitro fertilisation in 1994 after fertility struggles.

They are now suing a hospital and fertility clinic claiming another man’s sperm was used to create the embryo and Rebecca’s biological father may be a doctor from the hospital.

Rebecca gave her parents DNA test kits to trace their family tree as a gift last Christmas, but when the results came back two months later they showed that she didn’t share any of her father’s genetic history and makeup.

A separate paternity test confirmed Mr Cartellone was not his daughter’s biological father.

Mr and Mrs Cartellone, from the US city of Delaware, Ohio, are suing the Institute for Reproductive Health, The Christ Hospital and Ovation Fertility, all of Cincinnati.

Mr Cartellone told Good Morning America: “When we looked at the results, what we immediately noticed was that that there were no traces of Italian DNA in [Rebecca’s results] at all.

“And her DNA matched my wife’s pretty closely.

My disbelief turned quickly to shock and then ultimately to anger that this could possibly be the case.”

Suspecting there was a mix-up, Mr Cartellone called the company that made the kit.

But after a staff member explained the testing process, he was convinced the at-home DNA test result was accurate.

He told reporters at a news conference: “This has been extremely difficult for my family.

“I never would have imagined the Christmas gift of a home DNA kit would unveil this kind of abuse of our trust.

“For our daughter Rebecca, it’s even tougher.

Lawyers hired by the family claim the search for Rebecca’s biological father has been narrowed down to five men.

One was a doctor at the Christ Hospital when she was conceived, they claim.

Mr and Mrs Cartellone are seeking unspecified damages as they sue for negligence and breach of contact.

Fertility labs in Ohio do not have to be accredited.

The defendants named in the lawsuit have not yet filed statements of defence.