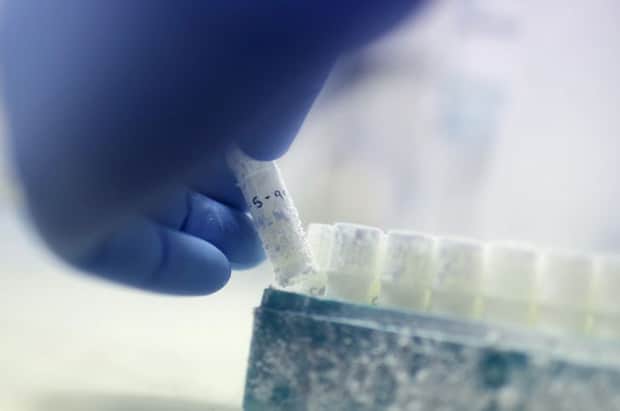 Posted at 21:21h in Uncategorized by philip korosec
0 Likes

Published by ABOVE THE LAW

—
The frequency with which unexpected and shocking genetic information is coming to light is alarming.

A lot of people have used home DNA kits from Ancestry.com or 23andMe. It’s become a popular holiday present — to give each other the gift of having to spit repeatedly into a tube. Much of the newly discovered information is fun. Like the fact that I’m 3 percent Scandinavian! “God dag” to you all.

But something is rotten in the state of Denmark. I mean, the reproductive medical profession. The frequency with which unexpected and shocking genetic information is coming to light — such as discovering a number of fertility doctors secretly used their own sperm to inseminate their patients — is alarming.

The latest shocking home DNA test-inspired lawsuit to emerge is that of the Cartellones in Ohio. After the traditional Ancestry.com DNA test holiday gift exchange, the family sent in their tests to learn more about their ancestral history. The results, however, surprisingly showed that Rebecca Cartellone, the 25-year-old daughter of Joseph Cartellone, was not genetically related to the father who raised her.

While it is not that uncommon for hopeful parents to turn to donor sperm and not tell their child, that, however, was not the case here. Joseph Cartellone and his wife, Jennifer Cartellone, underwent in vitro fertilization (IVF) over 25 years ago, when they had trouble conceiving. Jennifer’s oocyte (eggs) were retrieved and combined with Joseph’s sperm, or at least so they were told. Three of the resulting embryos were transferred to Jennifer’s uterus, and the pregnancy resulted in the couple’s daughter, Rebecca. There was no talk of donor sperm, or anyone else’s sperm, for that matter, being used other than Joseph’s.

For the last quarter of a century, the family had no reason to believe that Rebecca was not genetically related to her father. Now, however, the family does not know specifically who Rebecca’s biological father is. But … they have a pretty good guess. According to the complaint filed by Rebecca and her parents, they have conducted independent genetic research, and believe that they have narrowed down Rebecca’s biological father to one of a handful of men. Oh, and guess what? One of those men worked as a doctor at The Christ Hospital, which is where the IVF procedure took place. In terms of Vegas odds, the hot money is on that guy, given the of persons finding out they were conceived with their parents’ doctors’ genetics.

To add to the emotionally distraught situation, the Cartellones have no idea what happened to Joseph Cartellone’s actual sperm samples. Were they used with another couple? Does he have a genetic child out there, just waiting to receive a home DNA kit for Christmas 2019? As the complaint argues, the family is “tormented with questions concerning whether Joseph’s sperm was used for another customer at the Institute and the potential implications (moral, ethical, economic, and otherwise) from that unknown and unauthorized use.”

What Legal Theory Should We Try Today?

What legal claims apply to this situation, and what precisely are the damages? Obviously, the Cartellones love their daughter Rebecca as much as they did before they took the DNA test. Some state courts look askance at so-called wrongful-birth claims, reasoning that to find a cause of action amounts to a “wrongful life” suit by the parents. Then again, the Cartellones alleged breach of contract claims, among others, don’t exactly fit into the “wrongful life” bucket.

While legal scenarios vary, the Cartellones’ case seems especially egregious. And, in good news for the family, there is some precedent for potential recovery. Surprisingly, the most on-point case — where a court found in favor of the plaintiffs — was all the way in Singapore, and therefore not exactly binding precedent. There, the court found against a fertility clinic when it used another patient’s sperm, instead of the intended father’s sperm, and awarded significant damages to the new parents for a “loss of genetic affinity” between the father and child.

In the Cartellones’ case, damages are being sought for breach of contract, promissory estoppel, battery, bailment, negligent misrepresentation, and negligence (both on behalf of the daughter and on behalf of the parents). So maybe one of those claims will stick.

Adam Wolf, lead attorney for the plaintiffs, explained, “There is no doubt that the defendants’ conduct was not only wrong, but also tortious. For instance, the clinic and its staff agreed to use Jennifer’s egg and Joseph’s sperm, and they clearly broke that agreement. The Cartellones are devastated.”

Some claims may have had an easier path if they had been brought in another state, thanks to some new laws. Earlier this year, the State of Indiana passed a fertility fraud statute that makes it a crime, as well as a civil cause of action, to misrepresent a medical procedure, and specifically includes a bar on misrepresenting facts about human reproductive material. In Texas, after a highly publicized case of a doctor substituting his own sperm for the patients’ chosen donor, the resulting child (now an adult with children of her own — and a prior guest on my podcast!), successfully fought for the passage of a reproductive fraud statute in the state. It is now a felony, meriting jail time, for a medical professional to transfer the gametes (sperm or eggs) or embryos of another person without the patient’s specific consent. While not addressing civil claims, the existence of a criminal statute on point might make a negligence per se claim easier in Texas. But Texas and Indiana are the only two states in the country to have specific laws on the books. So far.

Perhaps Ohio will follow suit in considering more tailored laws for its books. In the meantime, we will watch with interest to see how an Ohio court deals with solid facts of plaintiffs who were wronged, against the backdrop of laws that were written long before our brave new world of modern assisted reproductive technology existed.