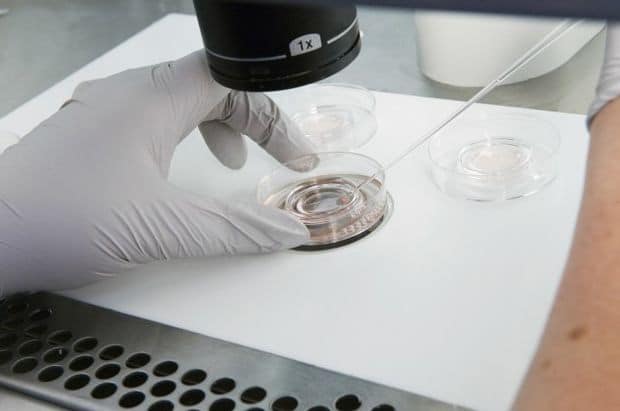 Posted at 14:44h in Uncategorized by philip korosec
0 Likes

By Alex Ruoff and Lydia Wheeler

Rebecca Cartellone discovered from an Ancestry.com home DNA test kit the man she believed to be her father was, in fact, not. Her family claims that more than 20 years ago a Cincinnati-area fertility clinic used a stranger’s sperm to impregnate her mother.

Cartellone filed suit Wednesday, along with her parents Jennifer and Joseph, against the Institute of Reproductive Health, Christ Hospital and Ohio Fertility Providers, all in Cincinnati, after she later verified the ancestry results through a paternity test.

The suit claims the fertility clinic not only breached the Cleveland family’s most intimate trust, it likely used the sperm of someone who works at Christ Hospital.

“Plaintiffs have many questions, including the medical history of Rebecca’s biological father, whose sperm the defendants inserted into Jennifer and what happened with Joseph’s sperm, including whether the Institute inserted it into another client at the Institute,” Cartellone’s attorney said in the complaint.

The Cartellones have asked a state court judge to find the fertility clinic liable for breach of contract, battery and negligence, pay damages and provide the identity of the donor of the sperm used to create the embryos transferred on Feb. 15, 1994 to Jennifer Cartellone, as well as any available information concerning the medical history of the donor.

“Nail salons are subject to far tighter controls under state and federal laws than U.S. fertility clinics,” Adam Wolf, an attorney and partner with Peiffer Wolf Carr and Kane of Los Angeles, said.

Wolf’s firm is asking for a system akin to the one created in the United Kingdom, which has an agency solely dedicated to overseeing fertility procedures, with licensing and standards for care. Wolf is asking for stricter licensing and reporting requirements for the clinics.

The firm had been working with an Ohio state senator, Democrat Joe Schiavoni, on legislation creating new penalties for clinics who lose embryos. Schiavoni has since left the legislature because of term limits.

Similar lawsuits against fertility clinics and associated hospitals have raised the possibility of enhanced oversight of fertility clinics with little action from Congress. Some state lawmakers have debated creating penalties for clinics that lose human embryos, but none have become law.

Just last month a California couple whose fertilized embryo was mistakenly implanted in and carried to term by a New York woman sued the in vitro fertilization center they say is responsible for the mix-up.

Patients of Pacific Fertility Center filed a class action lawsuit after they were notified that the liquid nitrogen levels in a cryopreservation tank storing their eggs and embryos had dropped to an unsafe level, potentially damaging the eggs and embryos.

State regulators do oversee the licensing of health care professionals who work at fertility clinics and federal regulators regulate the devices and drugs administered at clinics.

Having an agency solely dedicated to regulating reproductive clinics would be unusual for the U.S., Sean Tipton, a spokesman for the American Society for Reproductive Medicine, an industry group, said.

To contact the editors responsible for this story: Paul Hendrie at phendrie@bgov.com; Robin Meszoly at rmeszoly@bgov.com; Jonathan Nicholson at jnicholson@bgov.com