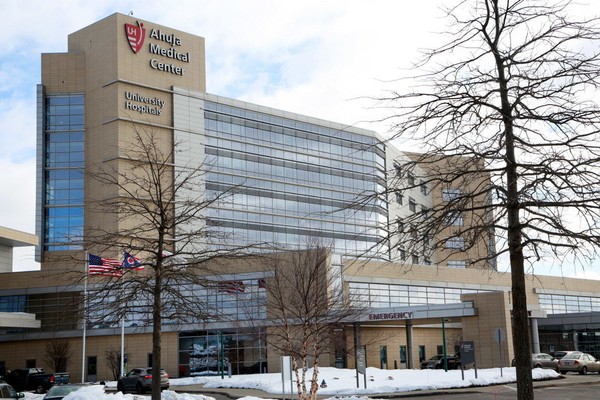 Posted at 20:53h in Uncategorized by philip korosec
0 Likes

CLEVELAND, Ohio – University Hospitals has asked a judge for a gag order on every lawyer involved in the 58 lawsuits filed in response to the loss of more than 4,000 eggs and embryos at the hospitals’ fertility clinic in March.

In a motion filed Monday in Cuyahoga County Common Pleas Court, UH attorney Rita Maimbourg said an order is necessary to muzzle “certain counsel [who] have engaged in a continued public media campaign that has a high likelihood of prejudicing the impartiality of these proceedings.”

“While [UH] recognizes the sorrow this situation has caused impacted patients, that does not empower certain counsel to make inflammatory and unprofessional extrajudicial statements about this matter,” which threaten to taint a potential jury pool, the motion says.

Although the motion does not mention any of the nearly 100 lawyers by name, attorney Tom Merriman said it was clear UH’s animus was directed at him.

“For UH to now seek a gag order is like a cherry on top of a cake of national hypocrisy,” Merriman said Tuesday.

“Our clients don’t have public relations departments. UH has used the media to get their story out since day one, even before our clients learned their eggs and embryos had been destroyed. They actually broke the story of their internal investigation on March 27 on national TV with an exclusive interview on the Today Show,” Merriman said.

The UH motion quotes Merriman, although not by name, in about a half-dozen stories in which he said UH exhibited “phony transparency,” and “cynical, despicable conduct” for which they should be ashamed. He also raised the prospect of UH being the subject of a criminal investigation.

The motion could be heard and decided as soon as Monday, when Judge Stuart Friedman has scheduled a pretrial hearing on the consolidated cases.

“It would be helpful if Judge Friedman addressed this matter then,” said plaintiffs’ attorney Mark DiCello, who opposes the gag order.

“We’re never going to get a jury of people who haven’t heard about this case,” DiCello said. “Jurors are smart, they’re able to see through the hyperbole. If we all follow the rules, we won’t need a gag order.”

Lawyers from the Peiffer Wolf Carr & Kane firm in Cleveland issued a prepared statement accusing UH of seeking to keep its failure to protect the frozen eggs and embryos a secret.

“A gag order imposed on counsel in this case is also an attack on the families that need information about UH’s conduct,” said Joseph Peiffer, the law firm’s managing shareholder. “This request is a transparent attempt to backtrack from UH’s prior public acceptance of responsibility.

“UH’s playbook seems to be to publicly accept responsibility for the disaster, then shirk that responsibility behind the courtroom doors and stop any attorney from taking UH to task,” Peiffer said.

In documents filed July 2, UH attorneys denied any liability for the loss of 4,000 eggs and embryos at its fertility center at the Ahuja Medical Center in Beachwood, and instead cast blame on unnamed others for the failure of the cryopreservation tanks.

The hospital also said the plaintiffs signed consent forms that detailed the risks involved with the frozen specimens, and they had “voluntarily assumed and consented to those risks,” according to the documents.

Merriman, in response Tuesday, said those documents make it clear that UH “intends to pursue a litigation strategy very different than their public relations strategy.”

In a prepared statement, UH said: “We have simply asked the court to prevent attorneys who are working on behalf of those parties from attempting to try their cases in the news media. That is a narrowly tailored request designed to address a specific problem.”