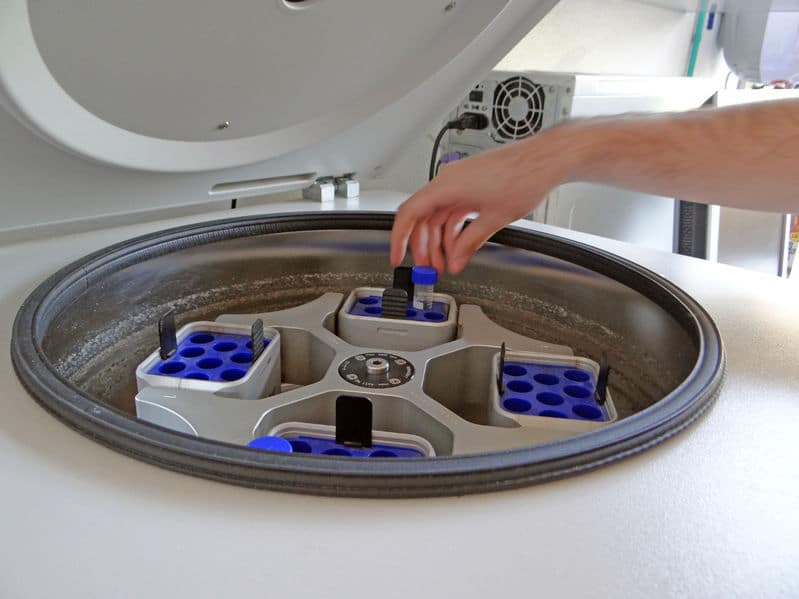 Posted at 15:14h in Uncategorized by philip korosec
0 Likes

As reported on NBC

More than three weeks after a tank failure at a fertility center in Cleveland, the University Hospitals Fertility Center is now saying 4,000 frozen eggs and embryos were lost — twice the number the hospital initially reported.

A multi-celled human embryo is seen in this picture made 2.5 days after leaving the womb. An embryo can be frozen and stored for decades. Findlay Kember / Bourn Hall Fertility Clinic Via AP

Nearly 1,000 patients of the University Hospitals Fertility Center are being sent letters apologizing once more and acknowledging some of the reasons a storage tank failed. The hospital is now blaming human error for the loss of those frozen eggs and embryos, some of which had been stored for decades.

At the same time, NBC News has uncovered a history of malfunctions in other tanks from the same manufacturer.

In crushing news for the affected patients, it’s unlikely, the hospital says in its new letter, that any of the stored eggs and embryos are viable.

In a draft letter detailed to NBC News, University Hospitals Fertility Center says the remote alarm system on the tank — which should have alerted an employee to temperature swings — was shut off. The center does not know who turned it off, but it was off during the weekend of March 3.

Despite 11 miscarriages, Wendy and Rick Penniman had two healthy children with the help of University Hospitals Fertility Center. But now, there’s no hope of using their frozen embryos to have a third child.

“It’s devastating, I think, for us, but it’s more devastating because it’s taking something away from our kids,” said Wendy Penniman, 41.

Wendy and Rick Penniman and their children Beau and Mary Kate. Wendy had three embryos frozen after IVF that were stored at the University Hospitals Fertility Center. Courtesy Nicole Lynn

Christina and Marc Ellis wanted to use their two remaining embryos at the center to give their daughter, now 2, a sibling.

“I don’t know if I can go through the whole process again. And what’s the outcome gonna be?” Christina Ellis told NBC News.

Both couples are now suing. So are at least 16 other sets of plaintiffs, all claiming negligence and breach of contract.

And there may be an underlying technical problem — one that’s happened before.

An NBC News investigation has found the manufacturer of this particular storage tank, Custom Biogenic Systems, has a history of previous malfunctions dating back almost 15 years.

In 2003, Rachel Southwood’s husband Andrew had sperm frozen in the UK after he was diagnosed with cancer. The Tauton, England, couple had one child and hoped they would be able to have another.

“He gave the sample and as far as we were aware, we would potentially be able to have more children,” Southwood said.

But less than a year later, the freezer storing his sperm malfunctioned, rendering the sperm no longer viable. Andrew Southwood eventually died from cancer.

“They simply said that there had been a technical malfunction with the unit that was storing the sperm of my husband,” said Southwood, who was 30 when the malfunction occurred.

The University Hospital Ahuja Medical Center in Beachwood, Ohio, is blaming human error for the loss of 4,000 frozen eggs and embryos, some of which had been stored for decades. Tony Dejak / AP

In 2003, British regulators warned that freezers made by CBS, a Michigan company, had problems with their automatic filling mechanisms.

“The manufacturer is aware of 21 incidents” in the UK, regulators said.

“The alert was withdrawn,” according to a statement from the UK’s Medicines and Healthcare Products Regulatory Agency to NBC News. “The UK supplier informed MHRA that 95% of the devices in the UK had been returned and upgraded. The other 5% were to be complete by 2006. Therefore, this issue should no longer be affecting the UK. No further reports have been received by MHRA since September 2005.”

But two years later, after the warning was first issued, a similar incident occurred in Gainesville, Florida. Up to 60 male patients, many with cancer, lost stored sperm when a tank made by the same manufacturer failed.

The lack of reliable data on procedures and clinics in the United States — and possible problems with their frozen eggs and embryos — has contributed to a “regulatory vacuum,” says Dov Fox, director of the Center for Health Law Policy and Bioethics at the University of San Diego.

“There is almost no regulation or oversight of any kind that relates directly to the prevention of mistakes like these,” said Fox, who is working with one of the plaintiffs in the Cleveland case.

“And it’s not just fertility clinics, it’s sperm banks, egg vendors, surrogacy agencies, in all these areas, we don’t know how common the mistakes are, because there is no reporting, no tracking agencies.”

The only government agency that told NBC News it technically could regulate storage tanks is the Food and Drug Administration, or FDA. But because freezers in fertility clinics have not been specifically marketed as medical devices, it doesn’t.

Members of the assisted reproduction industry say tank failures like the one in Ohio wouldn’t have been prevented with more regulations.

“Autofill tanks still require regular periodic checks by laboratory staff to ensure that they are functioning properly,” said Dr. Alan Penzias, a fertility specialist at Boston IVF, an associate professor of obstetrics, gynecology and reproductive biology at Harvard Medical School, and chair of the practices committee at the American Society for Reproductive Medicine, or ASRM.

“I spoke with members of my laboratory staff who informed me that this is common knowledge.”

Fear of lawyers may have played a role in stopping wider reporting of previous failures in the US, says Dr. Mark Jutras, lab and medical director at Advanced Reproductive Concepts in Charlotte, NC.

“It is usually institutions who have failures and their lawyers will not allow outside people to analyze the situation to find the root cause of the problem and how it could have been avoided,” said Jutras.

That’s little comfort for the patients who lost their frozen eggs and embryos at University Hospitals Fertility Center.

“Who else has the tanks,” asked Wendy Penniman. “And how many babies are at risk right now while we sit, while we talk?”

The Ellises are considering that. The Pennimans declined the offer.

NBC News repeatedly reached out to the manufacturer CBS and they declined to comment. In a user’s manual obtained by the NBC News Medical Unit, the manufacturer devotes a whole page to “Recommended Best Practices in the industry for safe sample storage.”

In a section titled, “Why do I need a Secondary or Back-Up Alarm?” the manufacturer also warns, “Your freezer could malfunction. By having a secondary or back-up alarm you can minimize the possibility of a loss due to a malfunction.”