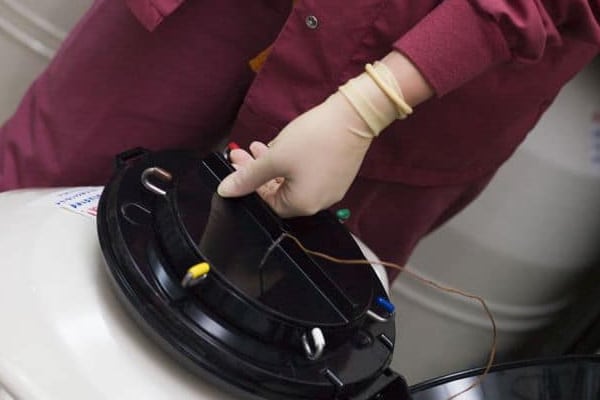 Posted at 18:33h in Uncategorized by philip korosec
0 Likes

SAN FRANCISCO – February 14, 2019 – As the one-year anniversary quickly approaches for the destruction of nearly 4000 eggs and embryos at Pacific Fertility Center (PFC), time is running out for more than half of the estimated 600 victims of the tragedy to seek legal help.

In response to the concerns of the PFC victim families, San Francisco law firm Peiffer Wolf Carr & Kane (PWCK) warned today that the upcoming one-year anniversary of the incident marks an important deadline for those affected by the 2018 PFC tank failure: Certain legal claims may expire after March 11, 2019 due to statute of limitations.  Of the roughly 600 victims of the Pacific Fertility Center disaster, only about 250 have so far sought out legal counsel.

Adam Wolf, attorney and shareholder, Peiffer Wolf Carr & Kane, said: “We are incredibly grateful to have been appointed to a leadership position in the Pacific Fertility Center lawsuit by the federal judge overseeing this matter. We want to make sure that all victims of this tragedy are aware that the passage of time could affect their legal rights, and we will continue to aggressively fight for the families that have been affected by this tragedy.”

Since the March 4, 2018 tank failure at PFC, in which a cryo-preservation tank holding nearly four thousand eggs and embryos failed, fewer than half of the potential number of families and individuals have signed up to file legal claims against Pacific Fertility Center, Prelude Fertility, Inc., and Chart Industries.

Despite ongoing attempts to have the lawsuits removed from San Francisco federal court and sent to confidential and binding arbitrations, PWCK has been leading efforts to keep the Pacific Fertility case in a public forum. PWCK is fighting to uncover exactly what caused the cryo-preservation tanks to fail and how the failure might have been avoided.

Attorney Cowan added: “From our years of experience in representing hundreds of individuals impacted by fertility tragedies, we know that it can be overwhelming. However, we want to ensure that the families affected by Pacific’s tank failure are aware of the potential limitations that come with the passage of time.”

The Pacific Fertility Center tragedy attracted widespread national attention not only because of the scale of the embryos and eggs affected, but also because of the coincidental timing of a very similar incident at University Hospitals Fertility Clinic (UH) in Cleveland, OH. PWCK has also filed a lawsuit in connection with the embryo destruction at UH.

Peiffer Wolf Carr & Kane is a national law firm with offices in San Francisco, Los Angeles, New York, Cleveland, St. Louis, and New Orleans. PWCK is nationally recognized for representing victims in which fertility clinics were accused of either destroying or losing eggs and embryos. This is a highly technical area of law and science and, the individuals seeking legal representation in the PFC matter would be well advised to look to a law firm that has successfully handled such cases in the past. https://pacificembryolawsuit.com/